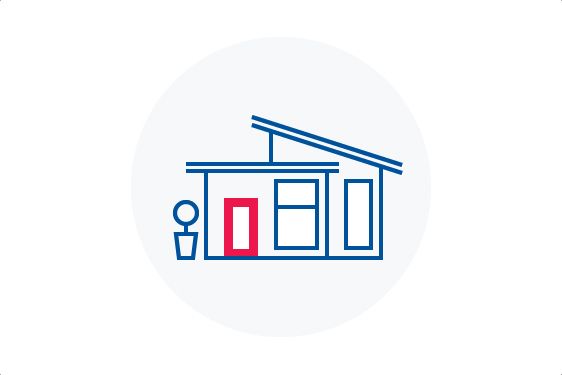 Wow.. what a home! 3 Bed/3 Bath/3 Car walkout ranch on sought after treed lot. This house has it all.. farmhouse elevation, zero entry, covered stoop, finished basement, LVP flooring thru-out most of the main level (Bedrooms are carpet) roll in shower, beautiful deck and sprinkler system... just to name a few. Convenient to Offutt, Kennedy FWY, shopping, dining and school. What are you waiting for? Come take a look.

Incorporated in 1855, Bellevue played an important role in the development of the metropolitan community and is Nebraska’s oldest continuous town. Established as a fur trading settlement in 1822 for Native American tribes and French Canadian trappers, it was called Belle Vue (beautiful view) by most of them. This name eventually was “Americanized” and adopted as the official name for the settlement. Bellevue experienced great fluxes in population and its economy during the 19 th century. In 1890, to encourage expansion, the town offered inexpensive land for development. This resulted in the establishment of Fort Crook which was later redesigned and named Offutt Air Force Base. A Martin bomber plant opened on base at the start of World War II, employing thousands of civilian and military people. And the population boom began! Today Offutt is home to the 55 th Wing, United States Strategic Command and the Air Force Weather Agency. The presence of this military installation has not only multiplied the population many times over but has resulted in the construction of homes and the establishment of technical services, businesses, and retail outlets to serve the military. These businesses have been the basis for an expanding economy which now serves the civilian population as well. Additionally, the Kennedy Freeway, a limited access highway, provides easy access to employment and entertainment in all areas of Omaha/Council Bluffs. At this time, Bellevue’s population exceeds 50,000 people. It is home to Bellevue University, two growing public high schools, plus numerous public and parochial middle and elementary schools. Its population consists of many ages, races, religions, and cultures.  Homes of all ages, styles and prices, as well as apartments and condominiums offer reasonable housing options. Parks, trail systems and Fontenelle Forest, a popular nature center, provide year-round outdoor activities, while theaters and historical sites are venues for cultural and ethnic programs.

We have mortgage solutions for your homeownership aspirations. When you’re ready to look or buy, or possibly refinance, I’ll put my expertise to work and be with you every step of the journey.

Count on a personalized and seamless experience—all the way to closing. Start the pre-qualification process by using our easy online application!

This data was last updated on Aug 11, 2022. The data is subject to change or updating at any time without prior notice. All properties are subject to prior sale or withdrawal. The information was provided by members of The Great Plains Regional Multiple Listing Service LLC Internet Data Exchange or members of the Broker Reciprocity program of the Southwest Iowa Association of Realtors (SWIAR) and is copyrighted. Any printout of the information on this website must retain this copyright notice. The data is deemed to be reliable, but should be independently verified as no warranties of any kind, express or implied, are given. The information has been provided for the non-commercial, personal use of consumers for the sole purpose of identifying prospective properties the consumer may be interested in purchasing, and any other use is prohibited. The listing broker representing the seller is identified on each listing.

You just added a property to compare. Add at least one more to start comparing.
Sign in or register to favorite properties.